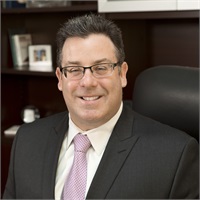 Bob has extensive experience in insurance, financial services, & retirement planning.  In the area of retirement planning, Bob has a focus on annuity income in retirement.   He holds the RICP designation with the Series 6,7,24,26, & 63 securities licenses.

Serving as President, he led the Cincinnati office of Lifetime Financial Growth from September 2003 to December 2020.  He has also served in a leadership role as the Branch Manager of Bankers Life  from 2008-2013.   During his leadership, his agency won the GAMA Platinum Agency Builder award 8 times, and Bob has been an 8 time leaders club qualifier.  He has been a member of GAMA for more that

Bob lives in the Cincinnati area with his wife Dawn Franklin.   He has one daughter, Alexandra Franklin.  Bob graduated in 1992 from Miami (OH) University with a degree in Planning.